Senile dementia and Alzheimer’s disease are often confused. In addition to that, many people use the words “dementia” and “Alzheimer” interchangeably. However, they do not mean the same thing. You can have a form of dementia that has nothing to do with Alzheimer’s disease. Dementia is a type of symptoms that affect specific mental tasks, such as memory and reasoning. A variety of conditions can cause it, the most common being Alzheimer’s disease.

As dementia progresses, it can have a devastating impact on the ability to function independently. It is a significant cause of disability in older people and places an emotional and financial burden on families and caregivers.

Brain damage begins years before symptoms appear. This is characterized by the formation of abnormal protein deposits that create plaques and tangles in the brain. As a result, the connections between the cells are lost, and the cells begin to die. In advanced cases, the brain shows a significant contraction. 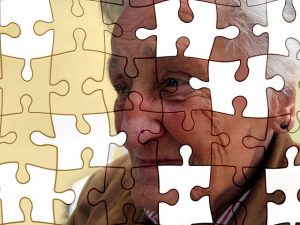 71% of those asked declare that their primary fear for the future is losing their memory. Computer science and new technologies can be your best ally to prevent memory loss and the best way to learn incredible things, and even accompany your grandchildren in games. The challenge is to grow old with a healthy brain!

Among the new technologies, tablets have revealed handy tools to stimulate memory and cognitive function in older people. In case you lack arguments to convince your older loved ones of the advantages of a tablet, let’s start by presenting some of the practical benefits of a tablet:

The tablets weigh little: In a way, they look like books so that they can be easily transported anywhere, unlike a computer.

Easier to use than a traditional computer: Tablets are designed to be more intuitive for people who are not as experienced with new technologies.

They are like portable libraries: Storing digital books couldn’t be more comfortable than with a tablet. So they must learn how to download books or help them keep them visible so that they can be easily opened.

They can be customized: It is also essential that the device is fully personalized, that it has the applications it uses the most visible to be able to access them more easily. Install only the most useful apps and hide those that are unnecessary, so as not to confuse. Place the icons on the wallpaper so that it is easy for them to find what they want and increase the font size.