Dementias are not perfectly differentiated. When we explain them to patients and families, we give the jdl688 example of the intersection diagrams. Pure Alzheimer’s is considered to be 25% of cases; the rest are mixtures of this with dementia due to the accumulation of Lewy bodies or vascular dementias. There are also mixed cases of Alzheimer’s and Parkinson’s. For this reason, a definitive diagnosis is not given. Instead, it is spoken of probable or possible, because until the autopsy is performed, the patient’s actual involvement is not known. Almost 47 million people are affected by this range of disorders, and it is estimated that in 2050 the number will nearly double, with 131 million cases. 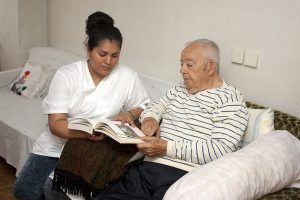 Unlike other countries, we do not have a state policy against Alzheimer’s. In other nations around us, there is a systematic plan for early detection and chronic care. Families bear the cost of care and attention to these patients. In a study, we estimate that these patients represent an average annual expenditure of about 31,000 euros. We have been demanding a national census for years because the real incidence cannot be assured. Knowing it, we could understand the social and health needs that we need now and in the future. This is essential to order the fight against the disease. Because in this disorder, there is much to order. The problem is that it is costly. It is the epidemic of the 21st century, everyone says it, but it is not accompanied by actions to treat it because it is expensive.

The role of associations is essential because patients cannot be advocates for themselves, as in other diseases such as hepatitis or cancer. Another point that some family members complain about is the barriers to accessing drugs aimed at treating symptoms. Only 50% of patients receive this medication, either because the doctor considers that the treatment is not valid or because of the inspection visas required by his prescription. This is unheard of because I do not know any cancer patient who does not receive their treatment.